Why is there so much crap out there?

Seriously, why is there so much crap out there? Why do people make being in shape more difficult than it actually is?

In a span of like five minutes I saw two ridiculous infomercials. One was for the Brazil Butt Lift Workout and the other was for Sensa. 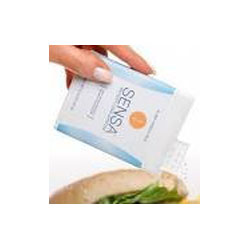 Cocaine in a box?

First off, if you want a nice butt you don’t have to do some ridiculous dog-peeing-on-hydrant move. Just do a freaking deadlift. Trust me, deadlifts will give you a nice, firm, toned butt.

You don’t need to do ridiculous workouts like this. There is no “secret” to a great butt. This video isn’t anything revolutionary (actually half of these moves have been stolen from Jane Fonda workouts…)

Yep see there is no new “secret” move. It’s just the same old stuff re-packaged. It’s just another company trying to sell you something instead of telling you, “Hey, having a nice ass is easy. Do deadlifts and squats and use heavy weights and you will have the tight firm ass of your dreams in no time!”

AND SENSA!?! A magic powder that makes you lose weight without dieting…I think Candy’s statement was spot on…”What is it? Cocaine!?!”

And you always see these testimonials saying the product works, but does anyone ever know the people? I’ve never had a friend or even a friend of a friend be one of those people….Is it possible they are just actors! :-0