So today all I can think about is the random discussions and facts that I’ve had this week. So I’ve decided to include them all here. I apologize that you must see this glimpse into what goes on in my brain on a regular basis.

Yesterday I was very amused by Candy and my shoes. So much so that I actually took pictures. Candy was wearing her new school Vibrams and I was repping the old school Converse.

Ever since Ryan bought his first pair of Vibrams over a year ago, I’ve told him I would NEVER think of getting a pair…I must admit defeat in this battle though…I really want a pair like Candy’s!

BUT Converses are still the bombdiggity!

On to more randomness…

Some random topics I’ve thought about this week:

Maybe I should have gotten twizzlers...they have no fat... 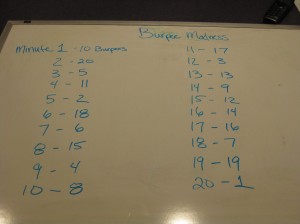 We wrote it down because we didn't think we could memorize it.