I mentioned last week that one of the ways you can pick the best diet for you is by doing some research and looking at studies. I also mentioned that not only should you read the studies, but you also need to analyze them.

Does the study really PROVE what it claims to?

And trust me, you need to ask this question a lot.

I asked that question today when I found an article on Fox News called “Calories count but source doesn’t matter study says.” 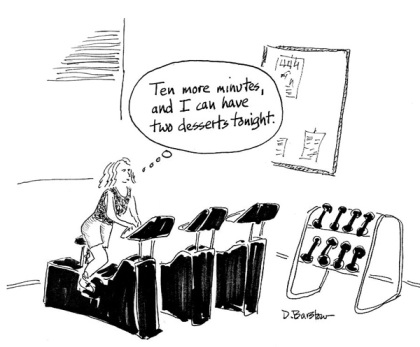 UHM? Hello…the source is what matters most! And the crazy thing, is I just wrote a post about the fact that losing weight is about more than calories in vs. calories out!

So of course, I had to read this article because as you know I love a good rant.

But after reading the article, I realized the title was misleading…and now I was confused. Here I was ready to refute all of the article’s evidence saying that it is simply calories in vs. calories out, but that really wasn’t at all what the article was about…

The article was actually more about finding the a diet that you could stick to! I mean yes the article does hint that calories are all that matter, which I don’t agree with, but it makes a great point about the fact that if you don’t choose a diet you can stick to, no matter how well it is SUPPOSED to work, it won’t work for you.

In the end, he said, people should choose the diet that’s easiest for them to stick with.

See! You have to experiment and find something that works for you! Isn’t that another point that I make in my post about how to find your personal “dieting secret?” Why yes….I think it is!

One of the researchers also had a quote in the article that really made me smirk with satisfaction.

“They did have difficulties with adherence, so that really tempers what you can conclude,” he added.

Soooo…a study is being used by the media to draw a conclusion and convince our society of something while a researcher involved in the study sort of downplays the significance and even questions the conclusiveness of the study because the guidelines of the study weren’t actually strictly followed. Interesting….
Hmm…maybe this is why the low-fat diet has remained so popular despite the fact that studies for a long time now have shown it isn’t healthy. Maybe our population isn’t misinformed so much because there are bad studies out there (which yes there are), but because the mainstream media picks only certain studies to promote regardless of whether or not the studies actually prove something conclusively…

Posted on January 30, 2012, in Conventional Wisdom - How I hate you, Uhm? and tagged calories in vs. calories out, counting calories, fox news, studies. Bookmark the permalink. Leave a comment.