← Work On Your Push Ups By Doing More Push Ups
Does food really fall into the categories of “Medicine” or “Toxins?” →

Are You A True Champion? How Shaun White Impressed Me With His Loss

I think champions are defined not by how often they win, but by how they go out and compete and how they handle failure.

Do they play to win no matter the situation? Do they blame everything but themselves when they lose? And do they bounce back after failure? 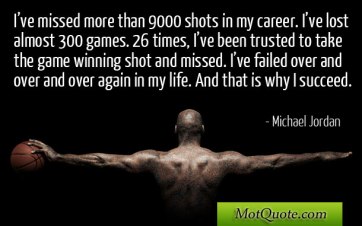 Last night, I saw the champion in Shaun White and thought to myself, “No wonder this guy has been at the top and so dominant for so long.”

No last night Shaun White didn’t win the gold, but even without a medal, he showed himself to be a champion.

I honestly don’t know that much about the halfpipe event, but from what I heard (and have since read) the halfpipe was not in ideal condition.

And Shaun White and many of the riders weren’t happy about it. And it affected many of their rides.

Some could argue it may even be the reason why Shaun White didn’t win.

All he said was, “Everyone had to deal with the same conditions.” (This may not be an exact quote, but you get the idea.)

But the thing is, EVERYONE DID HAVE TO DEAL WITH THE SAME CONDITIONS.

And someone else performed better in those conditions than he did.

He came out to win, he went for the big run, but just didn’t have it that day.

To win, you have to come out and perform on that day no matter what.

And Shaun White didn’t do that. And he didn’t blame it on anything but himself.

He didn’t play it safe. He went out to win, going for the big moves, even knowing the conditions weren’t ideal and the pressure was on.

And when someone else just beat him that day, he gave credit to the winner, “Ipod.”

That is what a true champion does.

They go out to win even when the pressure is on and they handle defeat gracefully without blaming outside factors (even potentially when they could).

A true champion accepts the defeat and is self-assured enough to be able to give others credit when credit is due.

And then the true champion goes back and learns from his or her failure.

While we need to always work on our strengths to make them better, we are truly only as good as our weakest links.

And failing, while definitely not pleasant, is where we learn.

Shaun White could possibly have played it safe, like he did to qualify, and he may still have won or even medaled.

But he didn’t play it safe and just hope to medal.

He went for gold.

He put himself in the situation where he may fail, but he could also reap big rewards.

And yesterday, it didn’t pay off.

But he also won’t have any regrets.

Trust me…you regret it way more when you play it safe, when you play not to lose, and then don’t win instead of just going all out, playing to win, and not coming away with gold.

You went for it, you have no regrets and now you have things to work on.

And if you are a true champion, you will come back stronger after the failure.

While no one knows for sure if Shaun White will compete at the next Olympics, I dare to say he will. And I think he’ll come back stronger than ever.

Shaun White, I honestly didn’t read much about you before….or even care about the halfpipe, but you impressed me yesterday.

Where you impressed by anyone at the Olympics? How do you define a TRUE CHAMPION?

← Work On Your Push Ups By Doing More Push Ups
Does food really fall into the categories of “Medicine” or “Toxins?” →