Success comes in many forms

I didn’t sleep very well last night for numerous reasons. But one thought that kept circling around in my head was how success can come in many different forms and how sometimes we don’t even recognize it. 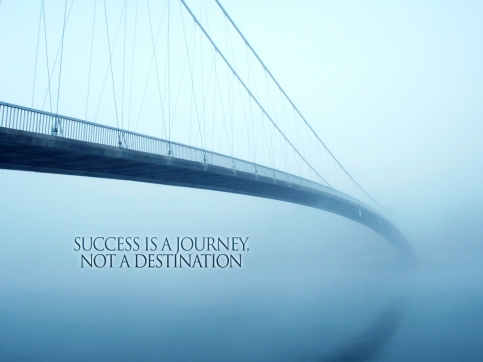 Like yesterday, I didn’t hit any personal records. And I was disappointed in my last deadlift. I felt slightly unsuccessful.

But despite the fact that my lifts weren’t my best, I was successful. I put myself out there. I took a risk!

After only two months of training (and only two weeks of really figuring out what was needed for the competition), I chose to participate in my first powerlifting competition. Unprepared, scared shitless (with just so many reasons as to why I shouldn’t do it), I signed up to compete.

Most of me screamed out not to do it. No one would know…Right?

So I took the risk and did it. AND that…well that is success right there.

The point of that little rambling story is that we can’t let anything overshadow the little successes that we have.

Like the success that my Man Bicep Sister Candy has had over these past few weeks. (And I’m just so proud of her!)

Candy tried out for the Roller Derby Dames league.

Only about a month before try-outs, Candy decided this was the year she was going to go for her dream of being a Roller Derby girl. She’d always loved the sport and wanted to do it. But the opportunity had just never arisen.

She didn’t have much time to train and absolutely no time to purchase equipment. But she gave it a shot even though she hadn’t skated since she was a child. Every weekend that she could, she went to the rink and practiced. She researched Roller Derby, watching videos, reading up on the league and learning everything she could.

And after only a few weeks of practice, she went to try-outs. She was nervous beyond belief and could have come up with a millions reasons not to go.

But she didn’t back out.

And in my eyes, the fact that she went to try-outs and took a huge risk to try a sport that she had dreamed of playing, she was a huge success!

And guess what!?! She made it past the first round of cuts! She was tenacious and outgoing and put herself out there. She showed the veteran skaters her potential.

Over the next few weeks, Candy battled through hard practices, in which there was never a second of rest and advanced maneuvers that she had never seen before. She battled through torn up feet and achy, sore and bruised muscles.

But she never gave up.

Sometimes she wanted to just quit. No one could blame her for wanting to quit right?

No…no one would blame her…no one besides herself.

So she didn’t give up. She took on everything the veterans threw at her.

And last night, Candy faced her second round of cuts. She was nervous because she wanted to continue on in the league so badly. She’d worked so hard and had begun to love the grueling practices.

But as I said before, success comes in many forms. While Candy didn’t make it past the second round of try-outs, she is a HUGE success.

She took a huge risk in trying out in the first place. And then on top of it, she was a huge success because she stuck with practice even though at the beginning it was so difficult that any lesser person would have quit!

Candy, you have so much to be proud of!

All of you who take a risk have so much to be proud of. Never lose sight of the fact that by taking a risk, you are a huge success.

Winning isn’t the only thing that makes you a success. If you take a risk and sticking with something even when the going gets rough or you feel unprepared, you are a HUGE SUCCESS in my book.

So don’t get too focused on the end result. Success comes in many different forms!

Tags: following your dreams, Roller Derby, success, success comes in many forms, success is a journey not a destination